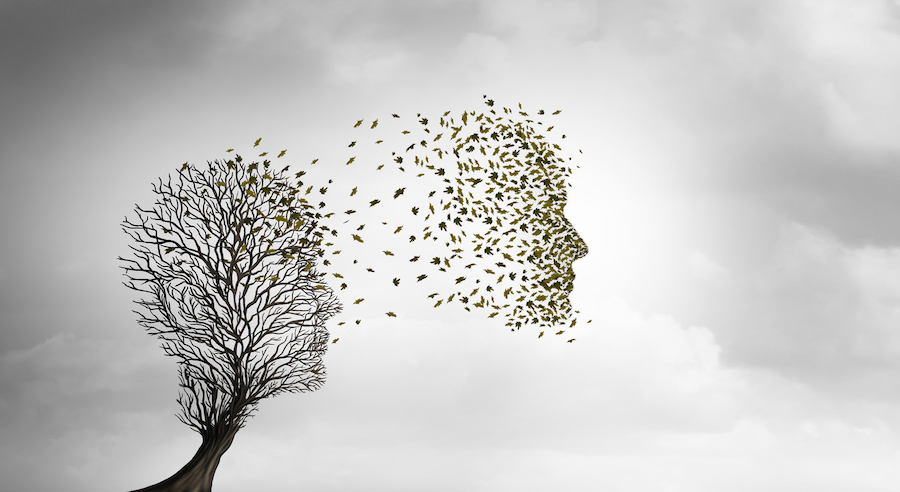 Why would one dare to put a name beside that of St. Paul? – Other than that of St. Peter, of course.  But that is what I am daring to do, if only to make people think about what is at stake for the Christian Church in the modern world if it doesn’t have a St. Paul figure to do for it what he once did for a fledgling Christianity.  The magnitude of the cultural challenge facing Paul in the Roman Empire of the first century is comparable to that facing the Church in the modern world, which is why the comparison springs to mind.

How was Paul to make Christ’s message understandable and liveable to people of a seriously different culture from that in which the message originated?  – persuading Gentiles, i.e., non-Jews, to accept a faith born within Judaism, whose central figure was the Jewish Jesus?  He had to be radical in order to be successful, and Paul was nothing if not radical. “In Christ we are a new creation!”  he proclaimed.

With divinely inspired freedom, he bravely stripped away whatever in Judaism was not necessary to that new creation, even and above all circumcision, that supreme badge of Jewish identity, and along with it the rituals, feasts, customs and regulations that Judaism had acquired during its long history.  This provoked the first crisis in the Church, as to whether circumcision should be abandoned or retained. Under Paul, Christianity became a brand-new faith, developing its thinking as it went along. He made it a breath of fresh air in the stale atmosphere of the Roman empire, that was gratefully received by the oppressed.  It was new. Paul’s ability to see things from a Gentile viewpoint led him to strip away the husk, the outdated garments of Judaism. What he left of it was the biblical revelation, on which Christianity rested as on a foundation.  It then proceeded to develop itself in its own right.

Driven by passionate zeal for the cause of Christ, Paul had opened his mind way beyond all the prejudices and horizons of his time.  However, and this is what leads me to find parallels in the two men of my title, the challenge of Modernity, which has steadily risen over the past three centuries, is arguably as great a cultural challenge for the Church as that faced by the infant Jewish-Christian Church in the first century.  In terms of facing up to that challenge, with a passion similar to that of St Paul, both intellectual and spiritual, the figure that comes to mind is that of Pierre Teilhard de Chardin (1881-1955), French Jesuit priest and palaeontologist.

THE DANGER OF EVADING CULTURAL CHALLENGE

Almost each day of his life as a scientist among his colleagues in the field, Teilhard (1881-1955) was acutely aware of the huge danger facing the Church if it could not present Christ in a way that spoke to the science-based culture of Modernity.  We can see in sad signs that the Church has evaded this challenge for too long, and that Teilhard was right when he saw how Christianity in the western world was about to fall off a cliff.  Again and again the adult children of believing and practising parents are simply walking away from the Church as soon as they can.  We are no longer able to hand on the faith from one generation to the next, to the heartbreak of many a parent.  Celebrations of First Communions and Confirmations have a hollow feel to them, the children never again seen in Church. They may grow up to become ‘spiritual but not religious.’  Even Christmas in church seems a little fragile, for many a nostalgic once-a-year drop-in, with carols from yesteryear. “Say what we will,” writes Teilhard, “our century is religious – perhaps more so than any other… only it has not yet found the God whom it can worship.”  i.e., a picture of God that makes sense to them.

This state of things still leaves the Church somewhat dazed, I think, because for most of its history it was in the vanguard of culture. Everywhere Christianity went it was a vehicle of literacy, education and progress, and in many places still is.  Many great scientists were full-blooded Christians. These included no less than Georges Lemaître, a Belgian priest, who first discovered in 1929 what later became known as the ‘Big Bang’.  The Church was on the cusp of the wave of western civilisation. How was it passed out by Modernity?

Teilhard, however, saw the teaching Church of his day as clinging to a static, outmoded cosmology and anthropology, rooted in ancient Greece, and that it had become too narrowly focused on salvation in terms of an after-life, and an individualistic piety, rather than on improving the world itself in its own right so as to form the Kingdom of God on earth. In Teilhard’s eyes the Church needed to look outwards to the fields white for harvest, and learn how to interpret Christ for today’s culture.

“If we want to achieve the so much needed synthesis between faith in God and faith in the world, then the best thing for us to do is to dogmatically present, in the person of Christ, the cosmic aspect and cosmic function which make him organically the principle and controlling force, the very soul of evolution.” [1]

Teilhard strove with all his mind and heart to lead the Church into giving Christ a new set of clothes, that is, new credibility.  Because clothing matters, and sends out a message the wearer may or may not be aware of.  Older clothing is worn out, a little pathetic, down at heel and reflects poorly on the wearer.  This is largely the state of the Church in western society today. Image, how others see us, does matter, especially if you want to be an apostle.  Interestingly, we learn from the Passion narrative that Jesus’ robe was “woven in one piece from neck to hem.”  He looked dignified, even elegant.  If the Church is to hold on to its own cradle Catholics, as well as fulfilling its mission – “Go out to the whole world; proclaim the Good News to all creation,” – it needs to improve its image.  It needs to show it is integrating the landscape of Modernity into its deepest level, theology.  Modernity can be a friend to the Church, not a foe, Teilhard is saying. It is hard to live one’s today in yesterday’s mind-set. However, the Church in Teilhard’s words, is presenting ‘too small a Christ’, an out of date understanding of Christ, to have an impact on people who are more or less aware of the cosmic dimensions of the universe and the evolution of life on earth.  People have not been taught the place and role of Christ in this story, – and Teilhard burned to teach them.

What does the Church say to a well-educated post-Christian, who writes,

“Slowly, like a dimmer switch being turned down, I found my belief in God fading.  The reaches of time seemed too icily immense for the life and death of a single human being two thousand years ago possibly to have had the cosmic significance claimed for it by Christianity.” [2]

That is Tom Holland, writing in the final chapter of his magnificent book Dominion, subtitled The Making of the Western Mind, recounting the story of Christianity’s role in western civilization.

Teilhard would point out that when the single human being in question is an incarnation, an historical embodiment of God, no less, it does make a difference.  Jesus the Christ, the human being risen out of death, through his organic extension in the Eucharist, – “Take and eat. This is my body”- reaches out to gradually incorporate and unite more and more of humanity in a new matter-spirit-unity par excellence.  Potentially that includes all of the human race, drawing it into one great whole in himself through the power of love.  This ever-evolving, emerging Christ is the ultra-human, converging over the ages towards an Omega point, centre of the whole. That single historical person is the Human God, the point on which all of history turns, at once both way-to and centre-of Omega, exerting its drawing power on all of reality.

The Church didn’t see the danger in failing to work on re-interpreting its teachings in the light of the awesome perspectives revealed by science.  Of critical importance was its fear and resistance to the notion of evolution, that seemed to pose such a threat to God as Creator. Yet evolution became the new key, first to interpreting the biological mysteries of life, and later to interpreting the reality of everything generally. Too conditioned by a dualism of spirit and matter, the Church was failing, in Teilhard’s view, to see and love the world in the right way, as the very stuff of the Kingdom.  For what other ‘stuff’ is there?  “What is Christian and what is human no longer appear to coincide.  Hence the great schism that threatens the Church,” he writes, – schism in the sense that Christianity was in danger of splitting off from mainstream culture, to become a dwindling minority faith. Teilhard was not afraid of the perspectives of science, but afraid, rather, for a Church that was not facing up to them.  That is the root of the crisis of faith in the Church and the world today.

“The resistance to her expansion which the Church meets at the present time is not… because her dogmas are too sublime, and her system of morality too hard.
It is because people no longer recognise in us their religious and moral ideal, and so turn away in the hope of finding something better.”[3]

Hilda is an Irish a retired secondary teacher living in Dublin.
BA (Hons) in English and French, Higher Diploma in Education, Diploma in Catechetics and Post Graduate Diploma in Spirituality.

Dear Ilia, Your gift of insight is prophetic and your hopes and desires for a "New Church" for our time and beyond is certainly challenging. But, beyond equality of gender and removal of old ecclesial structures, what structures or ways of living and worshiping would you promote in our day and beyond? Where do you worship now? How do you reflect the love of God beyond your writing? From a man of hope, Myrt
Myrt Rollins
Breese, Illinois 62230, IL
Submit a Testimonial