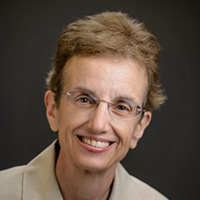 Yesterday we celebrated the feast of Saint Francis of Assisi. The world knows him as the patron saint of ecology, the lover of birds and bees, and friend of the poor. Pope Francis took the name “Francis” because he was committed to the poor. Francis shunned his family’s wealth and spent his life among lepers and poor people, living as one of the poor.  While this noble gesture has framed the legacy of Pope Francis, poverty is not limited to material poverty in the life of this saint. A close reading of his scattered writings show that Francis of Assisi rarely spoke about material poverty; his emphasis was on openness to the Spirit of the Lord and living in the breadth of the Spirit’s vitality. He admonished his followers to live in the spirit of poverty, that is, to live sine proprio, without possessing anything. His admonitions make clear that “to possess” is to cling to something, to attempt to own and control it; “possessions” refer to everything we hold on to, judgments, anger, biases, opinions, knowledge—that is—anything and everything we grasp and try to use to our advantage. For example, in Admonition XI he says that the one “who does not become angry or disturbed at anyone lives correctly without anything of his/her own.”  Anger can be a possession both of the materially rich and the very poor. Anger and resentment can fracture relationships, incite wars and create havoc.

Francis of Assisi, like Jesus, was friends with the rich and with the poor. He did not chastise wealth; he chastised self-righteous possession. We find a similar admonition in Francis’s insight on the overly pious who “while insisting on prayers and obligations inflict many abstinences and punishments upon their bodies” (Adm. XIV). One gets the sense here of Jesus chastising the Pharisees: “Woe to you, teachers of the law and Pharisees, you hypocrites! You are like whitewashed tombs, which look beautiful on the outside but on the inside are full of dead men’s bones and everything unclean” (Matt 23:26). Francis, like Jesus, was distressed by hypocrisy. Francis and his followers were not purely passive or wallflowers. In their quest for the diaphany of truth, they spoke up and rallied against self-righteous zealots. Francis went on to say that those who fast and pray but “become immediately offended and disturbed about a single word which seems to be harmful to their bodies or about something which might be taken away from them,” such people are not poor in spirit (Adm. XIV). He was not impressed by those who insist on saying a lot of prayers or run to Church as a form of therapy. He was impressed, however, by those who could live in a spirit of forgiveness, turning the other cheek and loving the enemy even in the face of disagreement. Francis realized that the Christian path is not one that follows the rules of nature alone; rather, it is one that relies on the hidden power of God. The Christian life is a mutational life, where the laws of nature are challenged to bend or bow before the infinite depth of divine love. Francis knew that where God is,  so  is the future of life.

Francis of Assisi was not as simple has history conveys. He was a man of deep wisdom who had a profound sense of the incarnation as the movement of God to poverty. To enter into this God of over-flowing love, one had to let go of everything and allow oneself to be led by the Spirit.  His call is a hard, demanding call to make an about face, to let go, and throw oneself into the arms of God. In my reading of Francis, this spirit of kenosis which marks his charism is not a matter for the individual alone, it is the call to be a new Church. When Francis heard the words from the cross, “Go, rebuild my Church which has fallen into ruin,” he came to realize that the first Church to rebuild was his inner life, rooting out the bitterness within and tilling the soil of the heart to receive the Word of God.  We are temples of the Holy Spirit, as Saint Paul writes: “Do you not know that you are the Temple of God, and that the Spirit of God dwells within you? If anyone destroys God’s temple, God will destroy him; for God’s temple is holy, and you are that temple’ (1 Cor 3:16).”  If we are God’s dwelling place, then there can be no real church without living hearts entangled with God.

Francis was God-centered and saw God in all aspects of life, from birds, to wolves, to lepers and stars. The whole universe was his Church because all creation sang of the glory of God. He did not have a social agenda.  He fought against his desire for revenge and hate and turned the other cheek, as difficult as it could be at times, because the love of God surpassed his need for self-righteousness. Francis suffered greatly at the hands of his brothers. He was criticized, chastised and rejected. He died as he lived, naked and existentially alone, even though he was surrounded by his brothers. He was a Christian pauper filled with the Spirit of God, a poor  itinerant, soaked in divine love.

Most of us never get to the level of Francis’s unitive consciousness and thus most of us never get to the level of a conscious breakthrough, the level where radical transformation from individual to personhood takes place. It is not that we lack any special grace; it is, rather, that such a path is hard and demanding.  It takes everything we own, possess, cling to and desire. It is an all or nothing path, the narrow road that Jesus spoke of,  the eye of the needle. To pass through into this higher level of conscious spiritual life is to become christified, to die into a new person, seeing the world from a new center, the place of the cross, where suffering and love are intertwined.  Francis knew the price of costly grace. In Admonition VI he said that it is “a great shame for us that the saints have accomplished great things and all we want is to receive glory and honor by recounting them.”  We are content to think about the saints and celebrate their lives but the thought of throwing ourselves onto a cross or pursue a life of martyrdom stops us in our tracks.  Death looms over us like a dark cloud, and we resist it on every level.

Saint Francis died as he lived, a heart turned totally toward God. The world was transformed by his presence because he saw the world not only in its brute reality but as the place where heaven unfolds.  History sees his life as a success; yet, it is likely that he felt like a failure at the end of his life.  The Order had grown rapidly and was factious and his initial charism was quickly institutionalized, losing its charism of the Spirit. Hence, he said simply to his brothers:  “I have done what was mine to do, may Christ teach you yours.”

What we find in the life of Francis, as with many other saints, is that there is no blueprint for eternal life, no game plan.  The new creation promised by God has no sure method or path. There is a way, however, expressed in the person of Jesus:  “I am the way, the truth and the life.”  The way is the radical transformation of personhood. It begins with the experience of God and response to that experience. To the extent that we believe, trust, and act with faith and courage, God is born in us. But faith alone is not enough; for the world to really change, more is needed.  Faith with good works is better than faith alone, but faith that is daring and adventurous, creative and spontaneous, well such faith is a game-changer. Such faith declares an invincible power of life that is worth believing in and acting on. Such faith can move mountains. Without an adventurous faith, we have mediocre religion, mediocre church and mediocre piety—all of which are banal, vacuous and enervating of life.  Adventurous faith is faith that demands the total commitment of one’s life, a willingness to throw oneself into the transforming fire of God’s life.  The only true path to the fullness of life, therefore, is death and this is the hardest lesson of all.  “I die because I do not die” Angela of Foligno wrote. If we learn to die on every level during this earthly journey, to let go and let God, we shall live in the divine embrace of love, and this power of love is invincible. If we really want a new world, everything must go to make room for the new.

Image courtesy of  Kevin Barr: St. Francis inviting the Holy Spirit, Basilica of Saint Francis of Assisi, author’s name hidden.
Instead of looking upward as is usual, St Francis gazes downward—into the earth—where the Spirit is enmeshed with the earth. “This altar is the only place on earth where you will find the Holy Spirit depicted, not in the sky, but in matter, in the bodies of humans and animals and in all of nature (including rocks)”. Richard Rohr